We are a small show kennel located in sunny Florida. Baypalms Papillons is proud to be the home of multiple group winning, multiple BISS GCH CH Forevr Errol Flynn. Flynn was the #3 Papillon all systems for 2010 and was in the top 10 Papillons from 2008-2010. Flynn is also the 2010 Westminster Kennel Club Best of Breed and Toy Group 4th winner.

I have always been an animal lover. When I was growing up, we always had one or more dogs around the house along with various hamsters, gerbils, tropical fish and turtles. We had several Miniature Poodles and a Toy Poodle when I was small and then moved up to the "big dogs" like Irish Setters and Collies.

My first dog Xerxes was a disaster. He was a not very well-bred Cocker Spaniel who had every genetic flaw known to Cockers. He had constant ear infections, juvenile cataracts, flea allergies, a heart condition and a temperament that only a mother could love. Nonetheless, I had him for 14 years and I loved him to pieces. He had an indomitable spirit and was feisty to the end.

From Xerxes, I learned the importance of acquiring a pet from a reputable breeder who cares about producing the best dogs possible. Because of my experience with him, I am careful to make sure that I breed only the best stock with health clearances and wonderful temperaments.

While living in Atlanta, I decided I needed a larger dog with a big voice to be a watchdog for me. Well, I got one! After doing my homework this time, I acquired a beautiful Collie girl, Ginger (U-CD Sheranda's Only You CD), from breeder Wanda Cable in Florida. Ginger was an awesome girl who had the sweetest temperament. Barking was her life and she was an excellent watchdog (maybe a little too good). In her later years, after I started with the Papillons, she was so tolerant of the pups. Ginger went to the Rainbow Bridge in June of 2007 after a year long struggle with a bladder tumor.

Because Ginger was very shy, I started her in obedience classes and ended up doing competitive obedience with her. She eventually earned an AKC CD title and a UKC U-CD title. She didn't really enjoy obedience and only did it to please me, so I retired her after she earned her U-CD, but the show bug had bitten.

I started looking for a smaller, more portable breed that I could train for obedience. I also had been to a few dog shows and wanted to try out the conformation ring. Once I discovered the intelligent, playful Papillon, I never looked back.

Baypalms Papillons began in 2003 when I acquired my first show dog Desi (Ch. Baypalms Wings of Desire) from Elizabeth Shelton who was kind enough to place a show dog with a newcomer. Over the years, I have worked with breeders such as Ruth Ann and Danny Ford of Forevr Papillons, Anita Wright of Draco Papillons and Karen Murad of Krystal Papillons, working to build a good foundation of well bred, healthy dogs from good pedigrees. I am extremely grateful to all these breeders for being willing to share their dogs with me. I enjoy handling my own dogs and my Papillons are owner handled with pride. 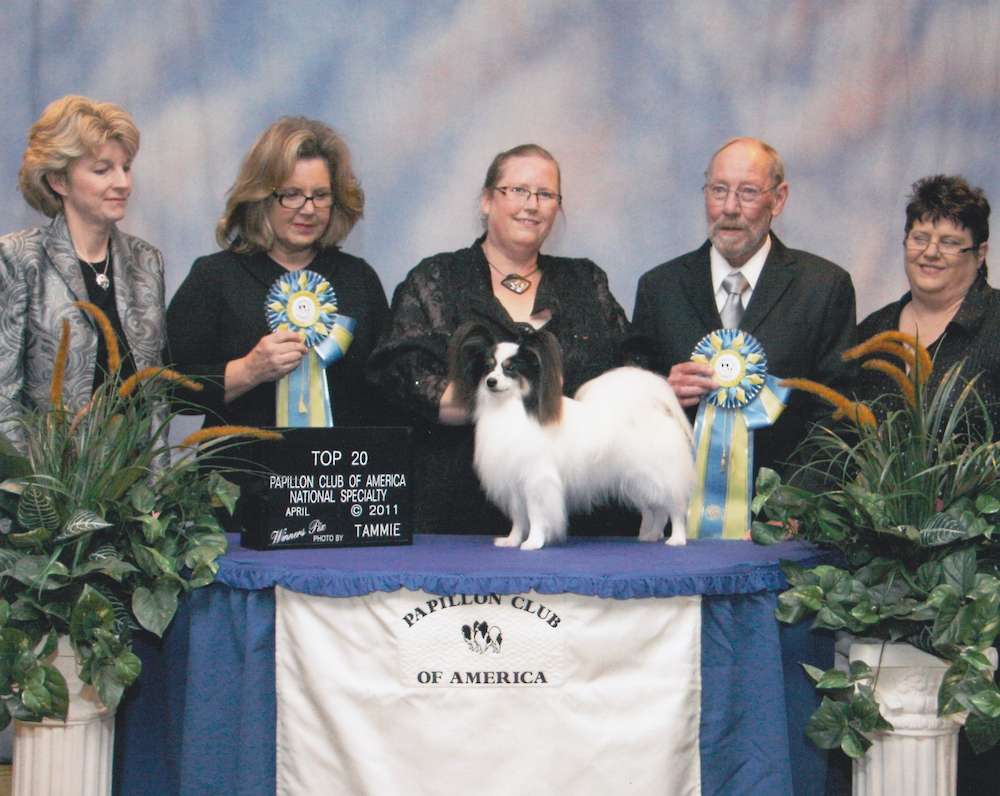 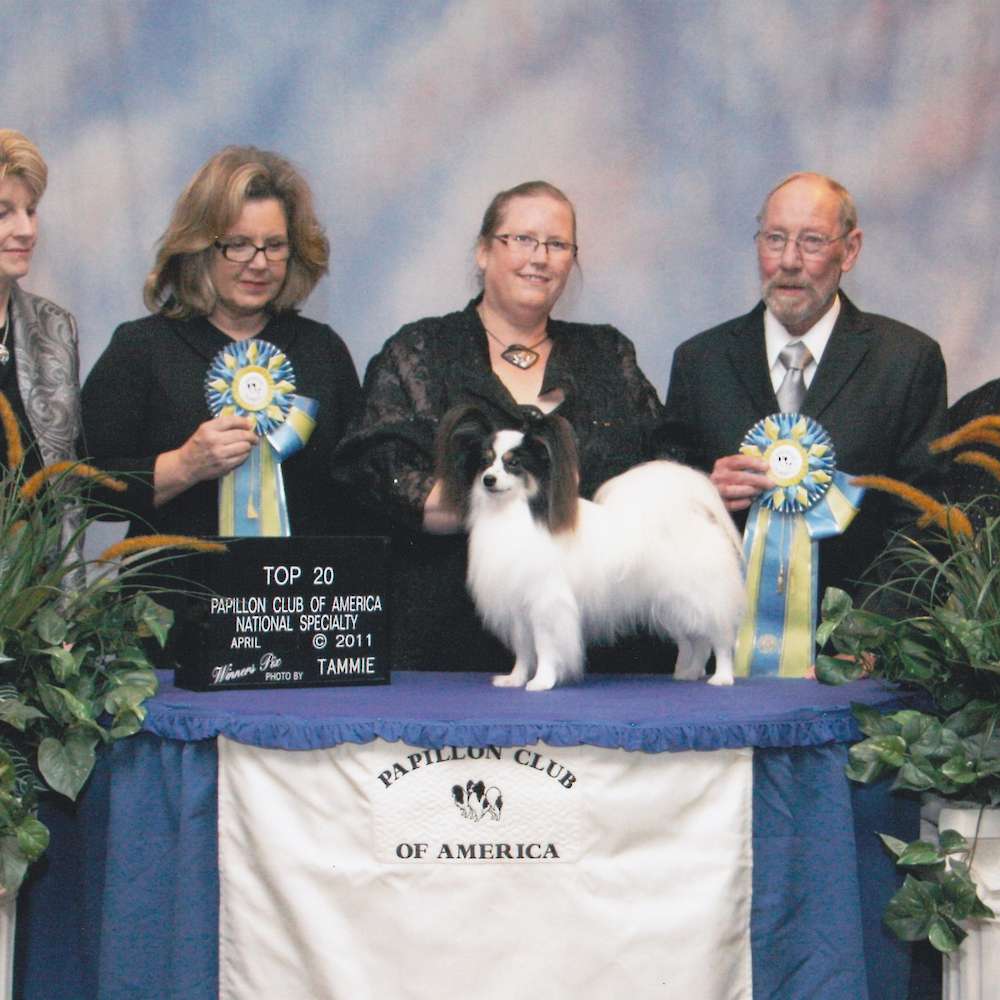 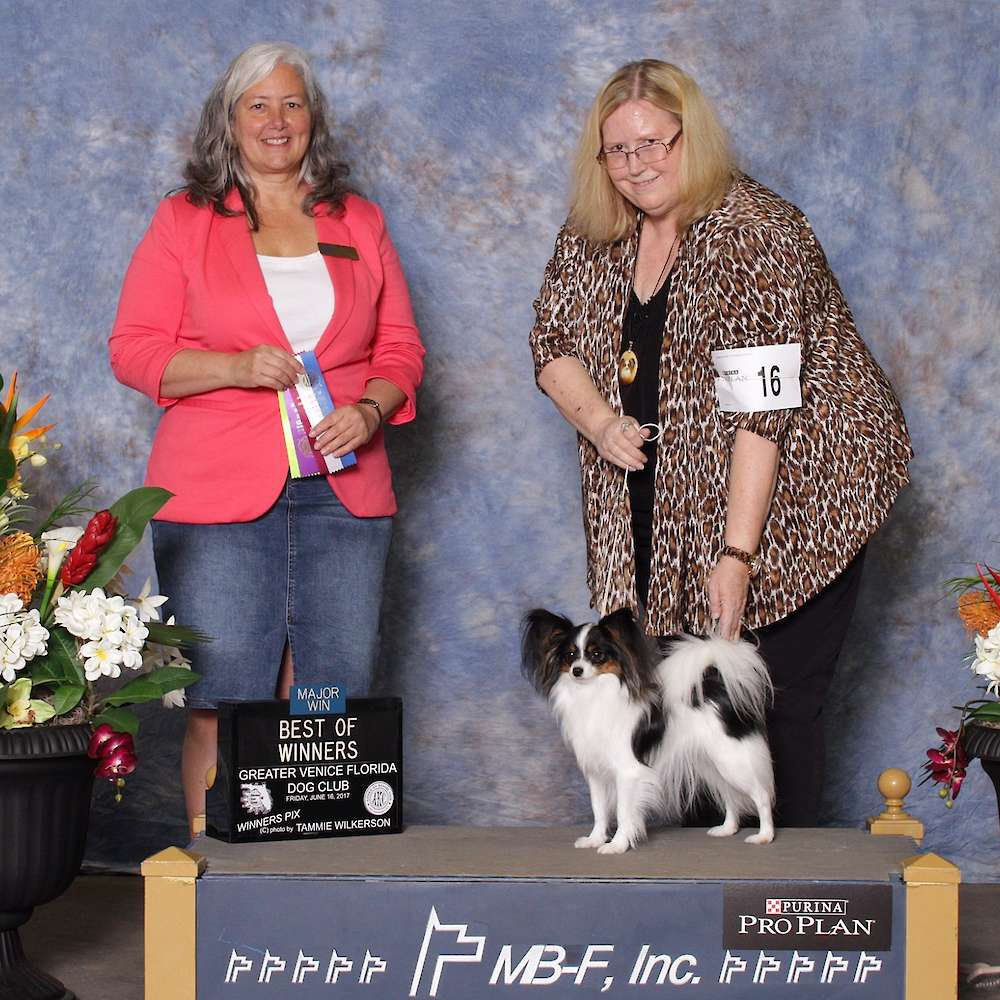 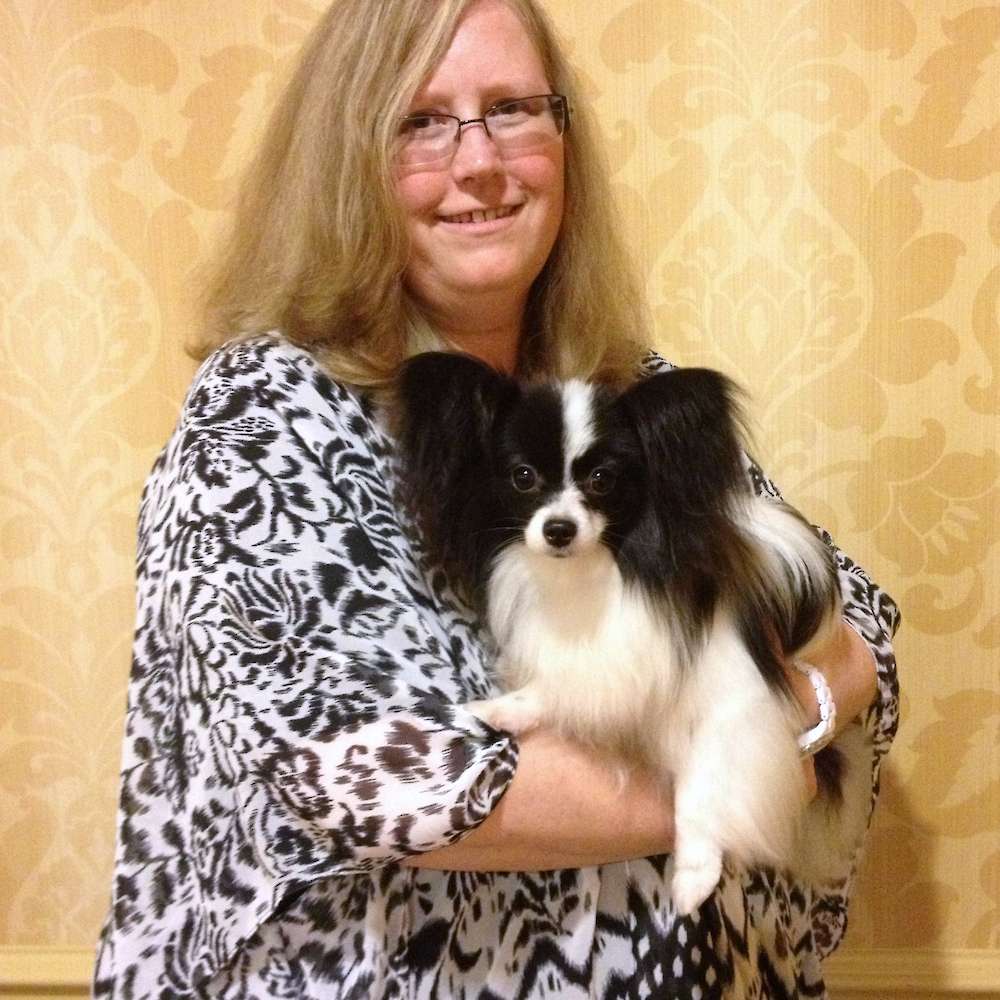 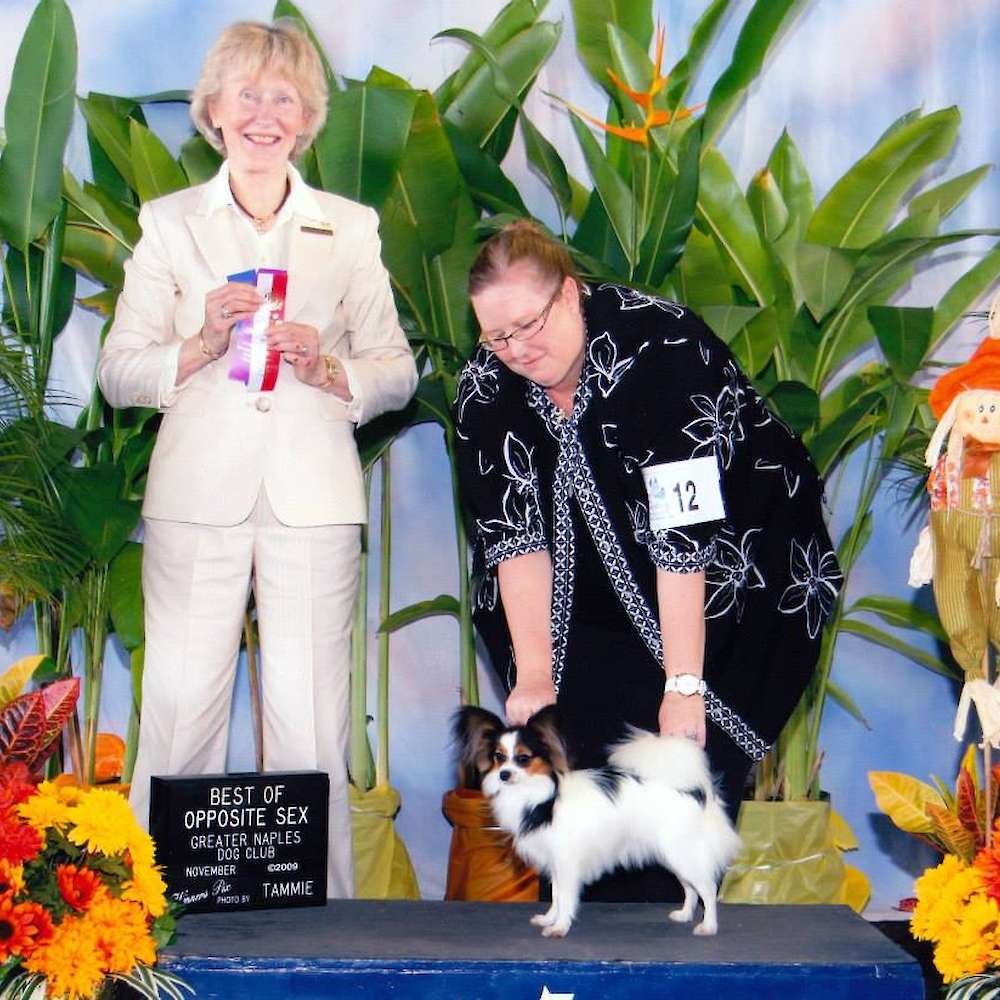 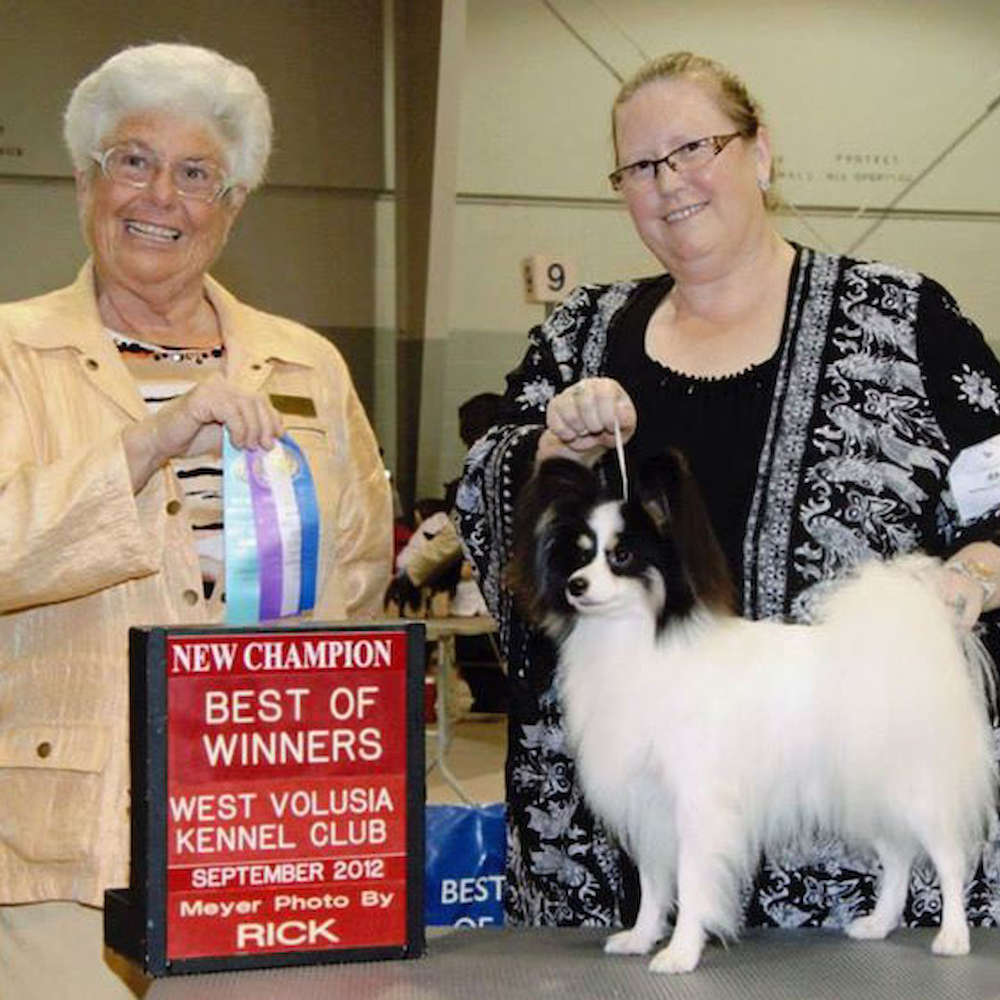 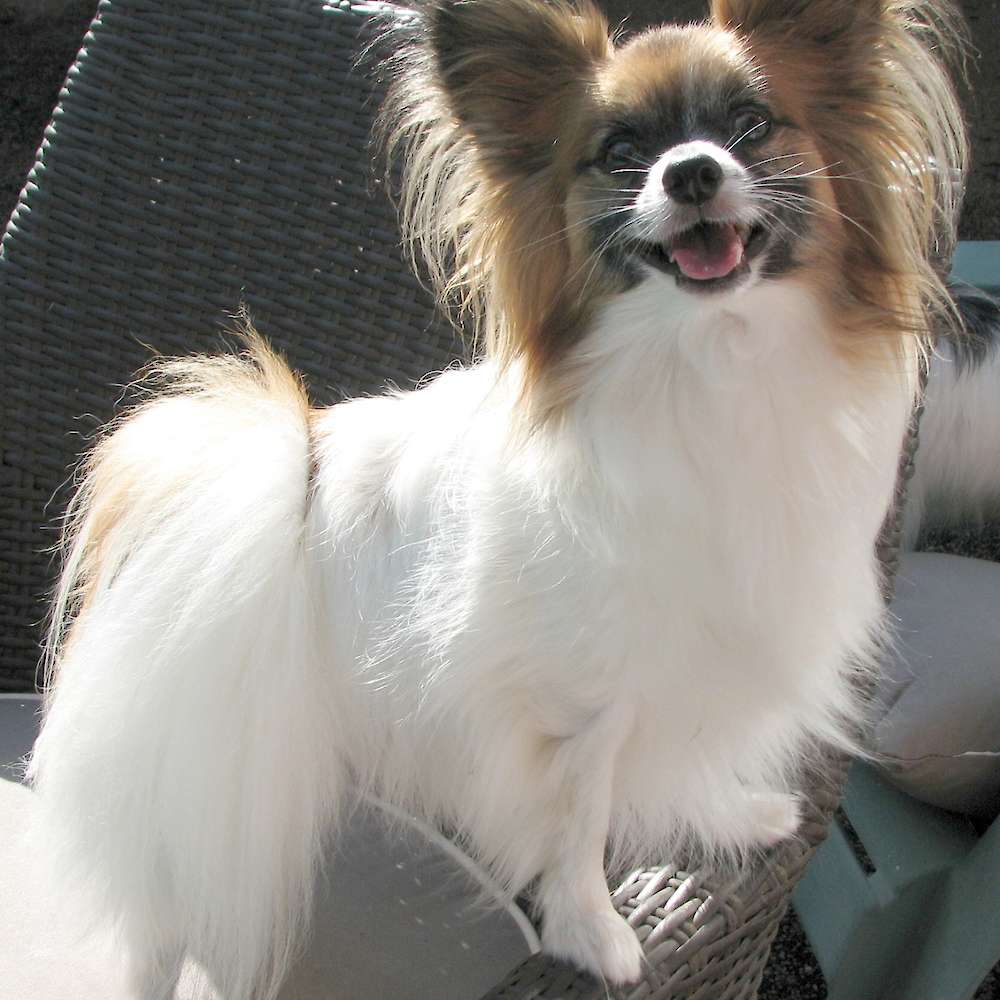